There are different variations of Autism Spectrum Disorder (ASD) and all are celebrated in April to help educate families about World Autism Awareness. 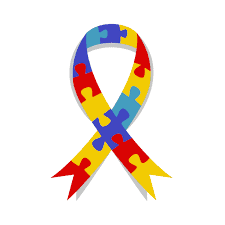 Wear difference colored socks on April 2nd to celebrate World Autism Awareness Day. There are different variations of Autism Spectrum Disorder (ASD) and all are celebrated in April to help educate families about World Autism Awareness. There are many ways Autism can present itself in an individual, but there are some overarching common symptoms that can be seen throughout the spectrum.

When thinking about ASD or Autism Spectrum Disorder, it is helpful to think of a rainbow. Individuals on one end of the spectrum can have extreme abilities and they may be particularly bright in one or more subject areas. Some obsess over an interest in an area of exceptional talent. It’s thought that Einstein and Mozart were both on this end of the spectrum with ASD. Some artists and celebrities are also on the spectrum including Tim Burton, the creator of A Nightmare Before Christmas, actor Dan Aykroyd, and musician Courtney Love. Individuals on the other end of the spectrum, however, are more limited in their abilities and communication. Their ASD is more apparent, and they often require more support and assistance in their daily functioning.

The exact cause of Autism is not known, but it is believed to be a combination of genetic and environmental factors. Common symptoms seen with ASD though include social skill difficulties, repetitive behaviors, speech and nonverbal communication, and again unique strengths and differences. Given ASD is a spectrum, those diagnosed have a wide variety of challenges and strengths, unique to each individual. Thus, one person may experience the disorder in a very different way from one another.

Autism Spectrum Disorder is most commonly seen in males and the CDC estimates males are diagnosed about 4.5 times more than females each year. A lack of social development is often an early indicator of ASD. Outward behaviors, often appearing around the ages of 2 and 3, can lead to recommendation for a child to be evaluated. Children with ASD may fixate on certain topics, or exhibit atypical behaviors such as flapping hands, spinning, tapping, repetitive movements, or language. Children with ASD may have difficulty with eye contact as it makes them feel uncomfortable. Light and sound sensitivities are another potential sign of ASD. Finally, many ASD children are in their own world, not exploring or interacting with things around them. 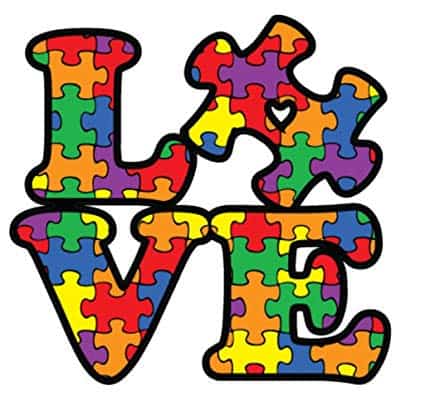 Several years ago, I had a very intelligent student with ASD, and if he completed his schoolwork, he would have gotten an A. Most of the time though, this student was off in his own world. One example was reading time. He would take out the book the class was reading and just pretend to follow along. Then, he would take a book that he wanted to read and place it inside the book the class was reading. He made it look like he was reading along with everyone else, but he was mentally in his own world.

Individuals on the spectrum can be very bright. Their social behavior, however, can make it difficult for people to see their capabilities and intelligence. Children with Autism might also have trouble interacting or playing or relating with others. They sometimes struggle to develop relationships with others and lack an understanding of social norms. In all, ASD is a spectrum – no two individuals are the same and the way the disorder presents itself can vary.

To learn more, a Special Education course is available with enrollment in the Specialist Childcare program.

Americans are fortunate to have many beautiful national and state park areas and we all have a responsibility to contribute to their success for future generations. 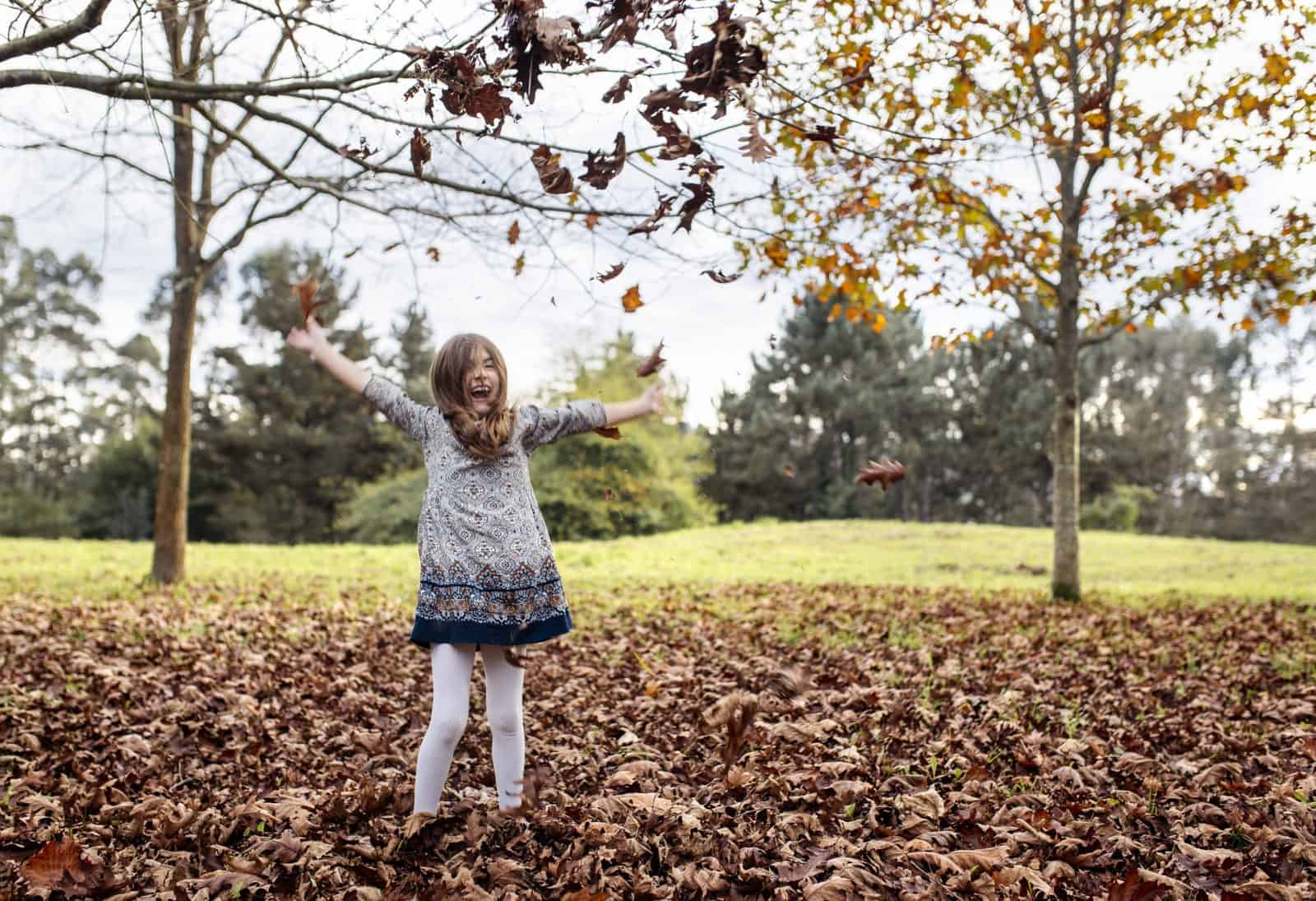 Americans are fortunate to have many beautiful national and state park areas and we all have a responsibility to contribute to their success for future generations. Outdoor enthusiasts and families can enjoy a variety of activities throughout the year from hiking mountain trails in the spring to ocean swimming in the summer to fall photography and winter skiing. Sadly, many of these activities are diminished or ruined by the litter and trash left behind by others.

National Clean-Up Day is an unofficial holiday created to bring together those who love the outdoors and nature to help clean natural communal spaces. The goal is to encourage people to reduce littering and increase recycling so that the nature around us remains clean and devoid of garbage. This is a great opportunity to work with children and teach them social responsibility and how to serve their community. 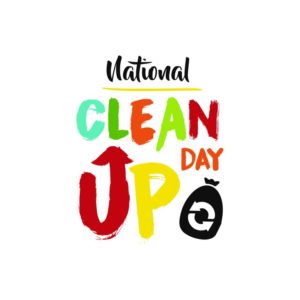 Children are taught in the schools that the environment needs protection, but schools usually lack the resources to provide hands-on opportunities to work in the community. A good way to reinforce these teachings is to get children involved in cleaning up trash and litter. This builds awareness of the ecological impacts of our lifestyle as well as reinforces the role of good citizenship in the community.

Young children can begin by cleaning up paper trash in their local park. Make sure they are well supervised in case they come across anything that might present a danger like broken glass, rusty cans, or other sharp items. This activity can be done by a single-family or during an afternoon by a nanny caring for children, but it’s more fun if it’s a neighborhood event.

As children get older, they may participate in community clean up efforts through their schools or other organizations by creating an event with the parent-teacher organization (PTO), working with a local church, or various youth groups. Older children can clear hiking trails of debris, pull weeds in common areas, or pick up curbside trash. Working in the community will help older children gain pride in their city or town. 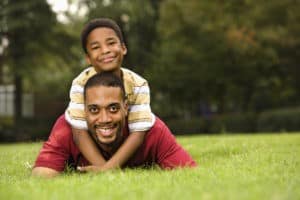 Removing trash and litter from our national and state parks and forests benefit all of us. When enjoying these outdoor areas, make sure children understand how to minimize any damage their activities may cause on the environment and ensure they carry out all trash for proper disposal.

For more information on National Clean-Up Day or to sign up for a local event, visit nationalcleanupday.org.

Why Grandparents are Important to our Children

Grandparents Day is a good time to remember how important a grandparent’s role can be in the life of a child. 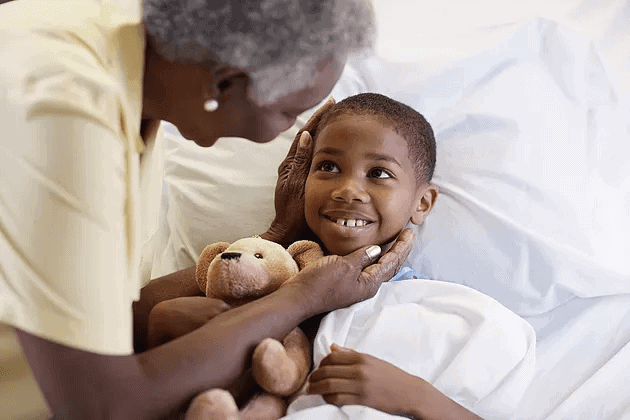 Grandparents Day is the first Sunday after Labor Day. It is a good time to remember how important a grandparent’s role can be in the life of a child. In today’s fast-paced and technology-focused society, a grandparent’s role may include sharing family history and teach children about family traditions.

Every family is unique and involved grandparents enrich a child’s life and fulfill many roles. Some children live in traditional families with two biological parents and their siblings, visiting their grandparents throughout the year. Other families have multiple generations living in one household. I myself lived in this type of environment after my grandfather died when I was a teenager and my mother brought my grandmother home to live with us from Jamaica. In other families, children live with and are raised by their grandparents.

Historian. Traditionally, grandparents connect the child with their past by relating stories of their lives and the lives of other older relatives. As children get older, grandparents may help them develop a family tree and can bring their ancestors to life. They can relate stories about the child’s parents when they were young. 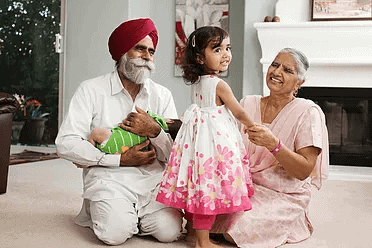 Role Model. When grandparents have a solid relationship with their grandchildren, they can be another role model and offer guidance when a child encounters a problem and wants advice. They can also provide a sympathetic ear if the child is having some problems that may not be easily resolved. This type of support can provide a sense of security for the child.

Teacher. Grandparents can also be great teachers. Children learn in many ways including by observing others. In this way, grandparents’ actions can teach children work ethic, how to interact in social situations, and how to handle adversity. Grandparents may also have special skills or talents like art or music that they can pass down to their grandchildren. Other grandparents may be particularly good with math or engineering and can pass their passion to the younger generation. 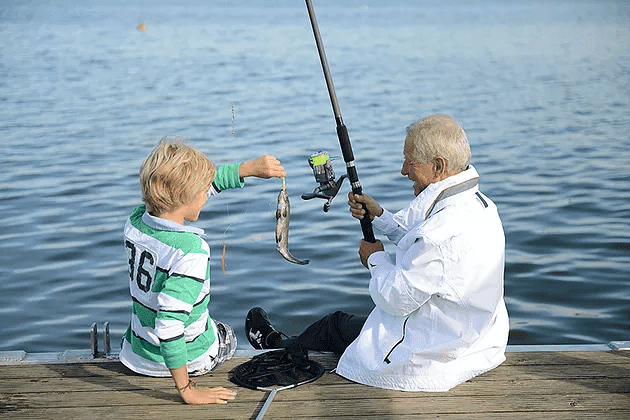 Playmate. Many of today’s grandparents are in good physical health and make great playmates for their grandchildren. Without the stress and responsibilities of being the parent, grandparents are more able to devote the time and effort to just playing with children.

No matter what type of family, children generally have a special bond with their grandparents and both the child and grandparent benefit from this bond. Grandchildren can make grandparents feel young and optimistic about the future while grandparents can provide unconditional love and support to children.

To learn more, a Types of Families course is available with enrollment in the Advanced Childcare program. 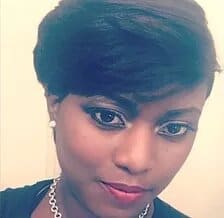 About the Author: Denise Richardson. Denise earned a Master of Education in Leadership of Educational Organizations from American InterContinental University and Bachelor of Art in Elementary Education from Trinity International University of Florida. Denise is a Program Director of Children Services for a Learning Center in Florida as well as an Adjunct Faculty member with Amslee Institute. Denise is raising two teenage daughters with the help of her husband and shares her knowledge to help others grow in their careers.