What Nannies Can Teach Children about Veteran’s Day

Parents and Nannies can help children understand the meaning behind the Veteran’s Day holiday and celebrate this tradition with music, crafts and storytelling. 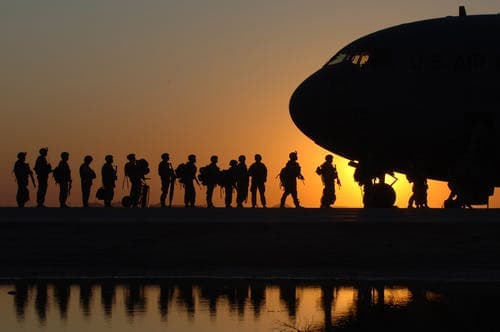 Each year, Veteran’s Day is celebrated in the United States on November 11th. Parents and Nannies can help children understand the meaning behind the Veteran’s Day holiday. With the meaning in mind, nannies and parents can celebrate this tradition with music, crafts and storytelling.

Historically, Veteran’s Day was called Armistice Day or the day World War I ended. WWI ended on November 11, 1918 at 11:00 am. In the United States, Veterans’ Day has broadened from celebrating the end of WWI to honor all those who have served our country. This includes service in the military duirng war or peace. While celebrating past and present service members, living veterans are the focus of parades and services. Veteran’s Day also offers the opportunity for parents, nannies and children to thank our military service personnel for their service and sacrifices.

For nannies and children who do not attend an event, a moment of silence may be observed at 11:00 am. This is a great way to acknowledge and respect those who have served.

With several military holidays, children may ask, what is the difference between Veteran’s Day, Armed Forces Day and Memorial Day?

A version of Veteran’s or Armistice Day is celebrated globally, with local influences and traditions. Over 100 years after the end of WWI, millions of people in the United Kingdom, Canada, France, Australia, and New Zealand commemorate the anniversary of the 1918 Armistice. They often wear a red poppy to mark the occasion. The poppy became the symbol of remembrance. A brigade surgeon noticed poppies growing on a ravaged battlefield which inspired him to write a poem. “In Flanders Field” channels the voices of the fallen soldiers. It begins with the words, “In Flanders Field”, the poppies blow, Between the crosses, row on row”.

It is important to listen to children as they share their ideas and what it means to be a Veteran. While they may be young, many children have high emotional intelligence and understand that military service should be respected and honored. Nannies can learn more about teaching children social skills which is a class in the Specialist Childcare Certification program.

These twenty-four questions will give you a head start on interview questions to help you make an informed decision.

Help Kids After a Shooting or Disaster

These events are not something that many of us feel equipped to process, let alone help our children manage but there are things we can do to help.

How Sleep Training Can Help Your Family

New parents and night nannies have slogged through sleepless nights for generations.

How to Manage Potty Training Regression

You want to celebrate – but you’re afraid you might jinx it.

The National Weather Service has released a new thunderstorm warning system. As

With so many different terms and titles, it can certainly feel overwhelming.

Covid-19 has impacted everyone’s life, including parents, nannies and our children. While